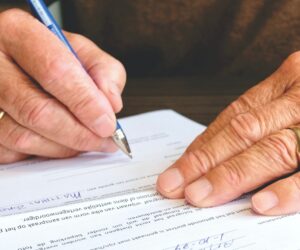 No one marries with the intention of getting a divorce. However, it’s an unfortunate reality that separations do happen, and it’s important to remain financially protected during such difficult times. This can be achieved by signing a document known in Australia as a Binding Financial Agreement (commonly known as a “prenup” or “prenuptial agreement”).

Read on to learn more about prenuptial and post-nuptial agreements and the factors you’ll need to consider when forming your next financial agreement.

A prenuptial agreement is a legally binding financial agreement between two people which allows them to retain control over their assets, should their marriage or de facto relationship break down.

Prenuptial agreements may contain information about:

How are prenups legislated in Australia?

The factors that must be considered when forming a prenuptial agreements are covered under section 90G(1) of the Family Law Act 1975 (Cth). Any agreements formed will only become legally binding if, and only if:

Why get a prenup?

There are plenty of advantages of signing a prenup:

It is important to recognise any implications that a separation will have on children, or future children, in a prenuptial agreement. Regardless of whether or not you intend to have children over the course of your relationship, it is good practice to mention the possibility of children and how it will affect the property and asset division. If this isn’t mentioned and a child is born, the agreement may be void.

Section 90E of the Family Law Act stipulates that child support may be included in a prenuptial agreement, provided the child has been born and named, and that the exact amount to be paid is listed in the agreement. Of course, the Courts will always consider the best interests of the child and may set aside any agreements that fail to meet this threshold.

When is the right time to sign a prenuptial agreement?

Ideally, a prenuptial agreement should be signed several months before the marriage takes place to reduce complications as your special day approaches. This will ensure that both parties have sufficient time to review and negotiate the terms of the agreement to ensure that a fair and agreeable outcome is made. It will also minimise the risk of the other party claiming that they entered into the agreement on the grounds of unconscionable conduct or undue influence.

Post-nuptial agreements may be appealing to those who failed or simply forgot to sign a prenuptial agreement, which is generally the case for couples caught up in the excitement of planning their wedding and honeymoon.

Alternatively, a party’s financial position may change drastically shortly after the wedding, which may force them to reconsider their monetary relationship with their partner. For example, a large business transaction may not be finalised until after the wedding has taken place. It makes more sense then to have a post-nuptial agreement to ensure that a party may retain sole interest in that transaction.

Are all prenuptial agreements enforceable?

Not all prenuptial agreements are automatically enforceable. The Family Court of Australia can overturn or set aside these agreements if:

This is a non-exhaustive list, and the Courts have sole discretion to identify other factors that may be relevant. Should any of these factors reveal themselves, a party has the right to challenge the prenuptial agreement in Court. This may lead to an order:

This landmark case demonstrates the Court’s strict approach in setting aside binding financial agreements when it has been unconscionably entered into.

The parties met on a site to locate potential brides in 2006. Ms Thorne was from Eastern Europe and was living overseas at the time, with no substantial assets, while Mr Kennedy, a divorcee with three adult children, was a Greek-Australian property developer with assets worth between $18-24 million. After 7 months of chatting online, Ms Thorne moved to Sydney to marry Mr Kennedy. However, approximately 11 days before their wedding, Mr Kennedy told Ms Thorne that they were going to see a solicitor about signing a prenuptial agreement, and that the wedding would not go ahead if she did not sign.

On 26 September 2007, four days before their wedding, the parties signed the prenuptial agreement. This contained a clause that, within 30 days of signing, a post-nuptial agreement with similar terms would be signed.

On 16 June 2011, less than 4 years into the marriage, the parties separated. Ms Thorne commenced proceedings against Mr Kennedy to set aside the two agreements, a property in the amount of $1.1 million and a lump sum spousal maintenance order of $104,000.

Mr Kennedy passed away in May 2014 and was represented in Court by the trustees and executors of his estate, which were his two adult children.

The Federal Circuit Court of Australia allowed Ms Thorne’s application, finding that she was powerless when entering the prenuptial agreement. Their Honours identified six key factors, beyond mere financial inequality, to demonstrate that she had no choice but to enter the contract, these being:

The executors and trustees of Mr Kennedy’s estate appealed to the Full Court of the Family Court and were successful in finding that there was no unconscionable conduct or undue influence in either the prenuptial or post-nuptial agreement.

On appeal to the High Court of Australia, Chief Justice Kiefel, and Justices Bell, Gageler, Keane and Edelman found that the agreements were void based on unconscionable conduct, under section 90K of the Family Law Act. The agreements may have also been made void due to undue influence.

Their Honours outlined six key considerations to set aside the agreements:

Effectively, Ms Thorne’s powerlessness and inability to do anything besides sign the agreements demonstrated that Mr Kennedy acted unconscionably and wielded undue influence over her decisions. The unreasonableness of the agreements was exacerbated by the urgency and the pressure of the upcoming wedding, and that the wedding would not have gone ahead, had she refused to agree to his terms.

Thorne v Kennedy amassed great media attention and cast doubt as to whether binding financial agreements still held up in Court. The recent case of Frederick & Frederick [2018] FCCA 1694 provides some insight as to how future Courts dealt with this question.

In this case, Ms Frederick sought to set aside a binding financial agreement due to four key reasons:

However, the Court rejected these arguments and stated that the agreement was to remain in place for four key reasons:

Despite their differing outcomes, the cases of Thorne and Frederick demonstrate that there are prenuptial agreements must abide by the legal requirements contained in section 90G. Binding financial agreements are still a viable option for those looking to protect their assets – it simply must be performed within the parameters of the law, well-drafted and performed in a timely manner for them to remain in place.

Let us help you with your family law matter

If you’re seeking to create a prenuptial or post-nuptial agreement with your spouse, or need assistance with any other family law matter, it’s time to find a reliable and experienced family lawyer.

Here at JB Solicitors, we’ll make the process as pain-free as possible. We have fixed-free pricing for family law, giving you a clear sense of the costs from the start and will be sure to help you out every step of the way.

With years of experience under our belt, we pride ourselves in making each client’s family law experience as positive as possible.

Contact JB Solicitors to get started on your binding financial agreement, or for assistance with any other legal matter.