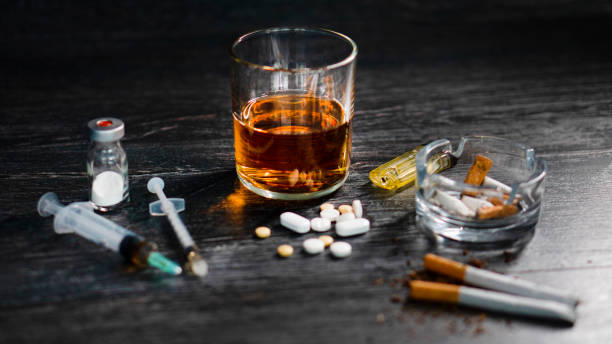 A parent may request drug testing in family court of Australia if he/she believes their former partner is abusing drugs. If this is the case, the parent must be concerned about the safety of their child.

A parent may make allegations that their former spouse is exposing the child to harm by abusing drugs.

While the topic of “drugs” and “drug abuse” is not mentioned in the Family Law Act (1975), the use of drugs can greatly influence court orders in family law matters.

Drug testing in family court of Australia is necessary so as to make parenting orders that are in the best interests of the child.

Importantly, after Courts order for drug testing in family court of Australia, the results will affect parenting orders. For example, it will affect matters like the amount of time the parent can spend with the child, the kind of contact they can have with the child, whether this contact needs to be supervised etc.

This article will discuss the topic of drug testing in family court of Australia by exploring the types of drug tests, and the consequences of a positive drug test.

How Is Drug Abuse Brought To The Court’s Attention?

During a parenting dispute, if one parent strongly believes that the other parent is using illicit substances such as drugs, the parent can file a Notice of Risk document.

In this document, the parent has to outline the reasons why they believe that their former partner’s use of drugs can cause potential harm to their child. The Court can then exercise discretion and decide whether a drug test will be necessary.

The Court might order drug testing in family court of Australia against the party who is reportedly abusing drugs. If this party refuses to take a drug test, the Court will assume a positive test result.

As a result of that, the Court will make parenting orders according to the assumed positive test result. The Court can order any type of drug testing in family court of Australia. Notably, the parties themselves are required to pay the costs of any drug tests.

The Court may order different types of drug tests depending on the individual circumstances of the case.

For this test, a sample of hair is collected from the person’s head. The test can also indicate the use of multiple drugs. This can include testing for illicit drugs like cocaine, marijuana, opiates and ecstasy.

This is an expensive drug test. Due to its high cost, the Court may order both parties to split the cost of the test between them.

A urine analysis test, much like a hair follicle test, can accurately indicate use of drugs. Courts order this type of test more commonly. This type of test is effective to check for drug abuse in a short period of time, i.e., before the sample is taken.

For testing over extended period, a hair follicle test will be more accurate. The Court might order a urine analysis test at random times, or based on suspicion.

In case of alcohol abuse, Courts will order the party to take the following test.

The Court may order a party to get a blood test. A blood test will show signs of liver damage, or alcohol abuse. This indicates that the party drinks excessively.

High level of liver damage shows that the party has been consuming high amounts of alcohol over a long period of time.  Moreover, the Court can also order a test that can indicate whether alcohol was consumed in the 5 days prior to testing.

If the family court finds that a parent drinks alcohol excessively, it might make parenting orders that require that parent to take alcohol tests in regular intervals.

Moreover, an Independent Children’s Lawyer (ICL) can also request for testing orders if they are suspicious that a parent is abusing alcohol. The ICL is concerned about the child’s best interests, and represents their interests in family law matters.

What Are The Consequences Of A Positive Drug Test Result?

For those who wish to know about drug testing in family court of Australia, knowing the consequences of a positive drug test result will be of utmost importance.

Courts will need to consider this while making parenting orders and finalising custody arrangements. This is because family courts have to give paramount consideration to the best interests of the child.

However, because family courts also value the benefit to the child of having a meaningful relationship with both parents, it may make orders accordingly.

Drug addiction can lead to the person feeling detached, and negligent. For these reasons, the Court may order supervised visits. Moreover, the Court will encourage the parent to produce negative test results.

Importantly, drug abuse does not automatically lead to a suspension of visitation or custody rights. However, the party will need to take necessary steps to avoid metal instability that usually results from drug abuse. This can include rehab sessions, or therapy etc.

Legal Advice For Such Matters

Matters such as drug testing in family court of Australia can lead to anxiety and uncertainty. It can be tricky to deal with such matters amid parenting disputes. Following a divorce, each parent wishes to gain custody rights over the children.

In cases of drug abuse, this can become complicated. At JB Solicitors, our family lawyers can provide legal advice to clients such that they can work their way through these hurdles.