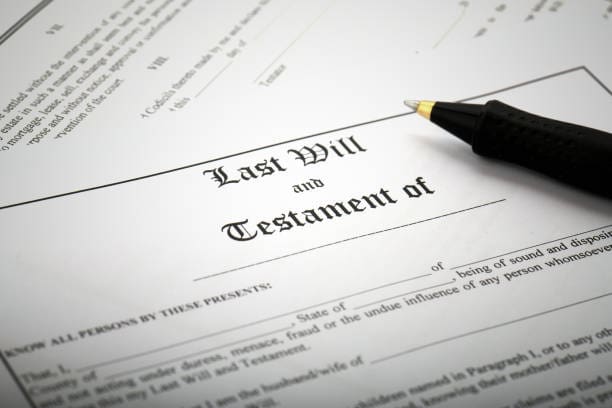 Indeed, anyone who wants their assets distributed adequately after their death will need a legal Will NSW. This is especially the case if Will-makers have beneficiaries that financially depend on them. However, regardless of people’s social statuses, it’s still important to draft a legal Will NSW.

Having a legal Will in NSW will ensure the protection of a deceased’s assets and properties. Moreover, people should update their Wills as much as possible if there are significant changes in their lives. These changes may include acquiring a new property, vehicle, or divorce. In NSW, certain people can rightfully challenge a Will.

Challenging a Will means questioning a Will’s validity. Parties challenging a Will can file a claim before the Supreme Court of NSW. Now, Will-makers will surely want no challenges against their Will once they pass away. Hence, having a legal Will in NSW can prevent these challenges.

How To Make A Legal Will in NSW

Failure to comply with these requirements will result in the court invalidating the Will. This may also lead to the court dealing with the deceased’s estate as if there were no Will (dying intestate).

Surely, people won’t want to die intestate. This is because, in such cases,  the court decides how to deal with their asset and property distribution. Furthermore, there are chances that this will go against the Will-maker’s wishes and intentions for their beneficiaries.

To make a valid will, Will-makers will have to sign a Will along with the signatures of two witnesses. It’s advisable for them to sign at the foot or end of the Will on each page. Moreover, according to  Section 7 of the Act witnesses do not need to know that they’re signing a Will, or the contents of the Will.

Like other common documents, it’s important to put signatures on any alterations. Section 6 (1) (a) also states that any other person can sign the Will other than the Will-maker, but in their presence and direction. People can choose this option if Will-makers don’t have the capacity to sign their own Wills. Importantly, people choosing this option should seek a lawyer or solicitor’s advice.

The law allows both witnesses to sign a Will separately without the knowledge of each other’s presence. Although, they need to be both present when the Will-maker signs the Will. It is also advisable for the Will-maker and witnesses to:

This ensures a legal Will in NSW as each person witnesses that everyone complied with the signing of the Will. Beneficiaries must not act as a witness as this may result in them losing their entitlement to the Will. According to Section 10 of the Act, the spouse of a beneficiary is allowed to act as a witness. The same section also allows beneficiaries to act as witnesses as long as:

People who are unable to see the Will-maker signing the Will cannot act as a witness. This also includes someone who can’t temporarily see. Section 8 of the Act explains when the court may alter or revoke a Will if not properly witnessed.

If someone else signs for a Will-maker who is physically unable to sign, the attestation provision should reflect the facts. On the other hand, residuary clauses will deal with any assets not disposed of in a Will. Failure to include a residuary clause will result in a deceased’s estate following the intestacy rules.

The residue is the rest of the deceased’s estate left after the payment of specific gifts, debts, funeral expenses and inheritance taxes. Section 31 of the Act states that any ineffective gift will form as a part of a residuary estate. Meanwhile, Section 42 of the Act states the interpretation of a gift of residue.

Securing The Will In A Safe Place

After following the requirements of making a legal will in NSW, it’s important to secure it in a safe place. For example, Will-makers can secure their Wills at the bank or with a solicitor. It’s also advisable for Will-makers and their executors to keep a copy of the Will.

Executors are responsible for carrying out the Will’s wishes and intentions. Will-makers can also appoint solicitors to act as executors for the best results. It’s also a good idea for Will-makers to keep a comprehensive and updated list of their assets and properties. This will make the executor’s asset and property distribution more efficient.

Making A Legal Will In NSW With JB Solicitors

When a person’s asset or property distribution is at stake, it’s important for them to draft a legal will. Our lawyers at JB Solicitors can aid in making a legal Will in NSW. With our expertise, we can ensure that Will-makers can draft a Will that reflects their best wishes and interests.

We may never know when someone might want to question a Will’s validity. Hence, we can also provide legal advice in Will making to ensure that no one can challenge a Will. Our lawyers can also act as executors to ensure smooth asset and property distribution to intended beneficiaries.