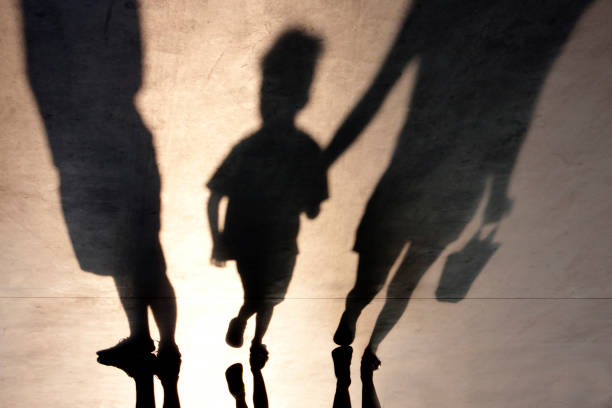 It is a common misconception related to mother vs father custody statistics Australia that courts tend to award custody to the mother rather than the father.

While statistics show that children of divorced parents spend the majority of their time with their mothers, this is usually due to a mutually agreed-upon parenting plan.

To understand mother vs father custody statistics Australia, we need to explore the country’s high divorce and family separation rates. The introduction of the Family Law Act 1975, which replaced the old fault-based divorce system, was one of the most significant milestones in the history of divorce legislation in Australia.

This article examines some of the most important facts regarding mother vs. father custody in Australia. It also examines the courts’ attitudes toward each parent in terms of child custody.

The Family Law Act of 1975 governs child custody in the event of a divorce. Under this Act, the courts must always act in the best interests of the child. As a result, the court assumes that children will spend equal amounts of time with their moms and fathers.

The law presupposes that a child has a right to a meaningful relationship with both parents. The law also outlines the need to protect children from violence, harm, and abuse in the family. The courts examine the child’s opinions and the nature of the child’s relationship with each parent.

Equal parenting responsibilities may not always imply that children spend the same amount of time with both parents. The court must assess whether spending “substantial and significant” time with each parents is practical or in the child’s best interests.

Even if a parent does not have sole custody of their kid, the Child Support (Assessment) Act 1989 may force them to pay child support.

In the vast majority of situations, the parents will come to an agreement on parenting arrangements. They may create a parenting plan on their own. Parents can still apply for Consent Orders from the Family Court of Australia. Only then does the agreement becomes legally binding.

Despite the lack of shame associated with divorce in today’s society, divorce rates have decreased in recent decades. Every year, 2.7 individuals out of every thousand divorced forty years ago; by 2018, the crude divorce rate had decreased to barely 2 persons per thousand.

For more than 40 years, the Australian Institute of Family Studies (AIFS) has been doing high-quality research. Their research is relevant to policy and practice, in this case, the mother vs father custody statistics Australia. The institute has developed research competence in a variety of topics relating to family well-being during this time.

In 1997, the AIFS conducted a study on mother vs father custody statistics Australia that found:

Mother Vs Father Custody Statistics Australia: Parenting During The Pandemic

In 2020, Women’s Safety NSW released a report about Child Contact, Shared Care, and Family Law in the Context of Domestic and Family Violence and COVID-19. Some of the most important discoveries are as follows:

There are various figures of mother vs father custody statistics Australia mentioned above. However, each case could have ended differently if parents knew about parenting agreements or mediation. It is also a misconception that the courts are primarily responsible for child custody arrangements.

The courts will be more involved in extreme circumstances. This includes cases of domestic violence, child safety issues, or other complex problems such as mental health and substance abuse.

When discussing mother vs father custody statistics Australia, separating parents are more likely to use mediation services to reach agreements. Therefore, many parents are able to negotiate custody agreements.

The courts are only involved in few cases.

Child custody is never new to Australia and the family disputes that come along with it. As mentioned in mother vs father custody statistics Australia, 84 percent of parents do not use a family dispute resolution agency and this causes parents to have further complications in their future custody arrangements.