Gender Inequality In the Legal Profession

Gender Inequality In the Legal Profession

Despite being self-professed advocates for justice and equality, the reality of our legal profession is that inequality still remains an issue – particularly towards women.

Whilst our world is shifting towards a workplace that sees both men and women as equals, there is still a long way until this is achieved.

For JB & Associates, we believe we can inch ourselves closer to this ideal workplace, but only real change can come about if we are educated on the issues surrounding inequality.

The media can portray lawyers to lead lavish and successful lives. This sees a number of students influenced to study law in their pursuit of living such a life.

Women actually make up two-thirds of law graduates in Australia, however, to their disappointment, the reality is that most lawyers in Australia, especially women lawyers, never reach this kind of lifestyle or even get to a high position to begin with.

Statistics show that despite making up two-thirds of law graduates in Australia, less than a shocking one-quarter of senior roles are occupied by women in the profession. The gender pay gap between female lawyers and male lawyers is also a staggering 140 per cent difference.

So what happens as a result?

Female lawyers do not progress in the same lineal manner as most male lawyers do, and this inequality will only be amplified if we are not educated on how to prevent it.

Not only do female lawyers face difficulty in advancing their careers as opposed to their male counterparts, recent study has also indicated that seemingly a large number of women leave the legal profession due to factors such as harassment, bullying and bias against women who adopt different working arrangements for their family commitments.

For many women, most have to take time off work should they desire to start a family. During the time that they are away, a range of many things can happen which will hinder their ability to progress in their career when they return, including changes in law, developments in technology, and the lost connection with professional networks.

Thus, discrimination still exists in the legal profession for these reasons, and these discriminatory practices have seen adverse effects on the retention and progression of female lawyers, most commonly experienced by female barristers.

Why Is Diversification Important?

It is important to recognise these issues, and concede the fact that inequality remains an issue for many female lawyers in our profession.

We must seek to strive for change and level the playing field for both female and male lawyers, as a diverse workplace will push firms out of complacency, enabling them to attract and obtain top talent, so the two-thirds of law graduates that are females are not left out.

JB Solicitors believes the legal profession must reflect this diversity of talent seen in law schools, only then will the broader community also reap the benefits of what a diverse workplace can offer.

While we have become more aware of the issues surrounding inequality in our profession, good intentions alone are not enough to solve the challenges faced by female lawyers in their legal careers.

The Law Council of Australia have begun to adopt several measures to combat the issues of inequality, including the introduction of the National Equitable Briefing Policy. What this policy seeks to accomplish is to create initiative for law firms to commit to briefing female barristers in at least 30 per cent of all their legal matters, and paying 30 per cent to the value of all brief fees by 2020.

This, if implemented by law firms, enables all their employees to create a ‘conscious choice’ to seek and find work from female barristers.

Further policies have also been introduced to provide flexible working arrangements for women, such that law firms are able to retain female lawyers should they wish to take some time off work to start a family and return to work at a later date. Child care services are also being implemented by many large scale employers to help assist women as they return to work.

The Law Council of Australia has also begun to conduct face-to-face workshops and online courses to lawyers and staff at law firms across the country to educate, and combat the issues of inequality surrounding the profession.

However, JB Solicitors is optimistic about change in the future.

Recently, Susan Kiefel was appointed as the first female Chief Justice of the High Court in its 113 year history giving us further confidence that times are changing indeed. 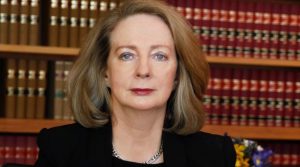 In time, it is our absolute hope that we will be working in a workplace that recognises the talent of both men and women equally in the legal profession.

There have since been numerous initiatives for professional organisations to promote programs, including the provision of female mentors and role models like Susan Kiefel herself to inspire other young female lawyers towards their career aspirations, no matter what they may be.

The work has already begun, and in light of the support of many bar associations and law societies across the country in combating the issues of inequality, our profession can expect to see faster improvements in the progression of female lawyers in their careers.

The legal profession won’t change overnight. But as we see these steady improvements, the goal should be to make things easier for our next generation of young lawyers.

Unless we are educated on the issues of inequality surrounding the legal profession, then we cannot expect to see real and fast change.

We must all be committed to realise change and improve the situation of female lawyers in the legal profession, taking note that combating the issues of inequality in our industry will not only strengthen our standards of social justice and equal opportunity, but also lead to unprecedented change in the legal profession and to wider society.