Adopting A Stepchild With Absent Father 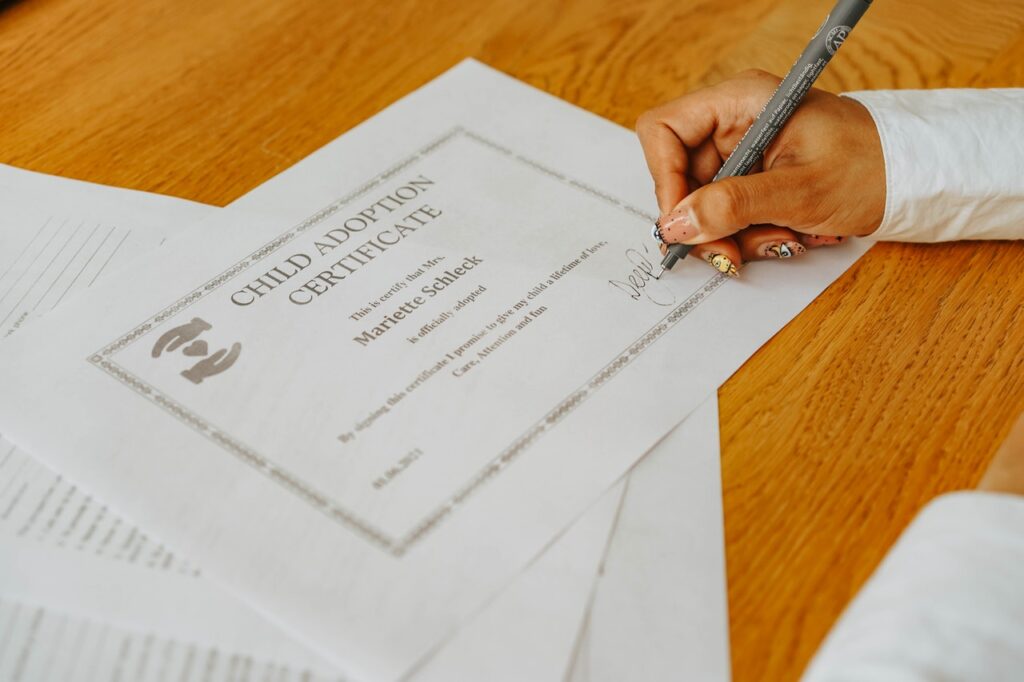 Adopting a stepchild with absent father is a situation in which the child’s noncustodial father’s paternity wasn’t legally established. There are ways to prove that a husband is the legal father. An example is if the woman is married to the husband at the time of the child’s birth.

This is true even if the biological father is someone else. If a man fathers a kid while the mother is married to another man, his paternity can only be proven if the husband’s legal fatherhood has been cancelled by a court order.

Adoption may be an exciting, yet stressful time for prospective parents. Stepparent adoption is even as difficult because parents see their stepchild as one of their own children. Claiming a stepchild legally comes with its own set of difficulties.

Are you adopting a stepchild with absent father on the birth certificate? Read this article to gain more answers and information.

Adopting A Stepchild With Absent Father: Are You Ready?

Take a look at your current relationship. Adopting a stepchild with absent father means you become the new legal parent. This entails all of the legal rights that come with parenthood. The advantage of adoption is obvious: it gives you the legal authority to make decisions on behalf of the child.

Biological children have the same treatment as adopted children. This means they have full access to your assets. These obligations do not come to an end at any point. If you divorce for some reason, you will still be responsible for the step child and their needs. This includes paying child support.

There is, however, a possibility that adopting a stepchild with absent father requires you to locate the father. The biological father is obliged to sign off on his rights. This forfeits all claims to their child in the process. If you don’t have the father’s address, you’ll have to look into all other possibilities for finding the biological father like:

Documentation is essential at every stage of adoption. Adopting a stepchild with absent father can delay or dismiss a case. This is if a judge believes you are not putting in the appropriate effort. The process may require you a copy of the parent’s death certificate, if the biological parent has passed away.

Is There A Legal Father For The Child?

Here are numerous ways to prove paternity. The biological father needs to meet the following criteria:

Depending on your state, this can take anything from a few weeks to a few months. Stepparent adoptions frequently waive court hearings. Don’t worry if it isn’t! These court dates are frequently routine. Older children require a roof of consent document

What If There Are Objections?

If the father does not agree to give up his parental rights and does not appear in court, the judge will dismiss the case. The father must ask for custody of the child to persuade the judge that he opposes the adoption.

Failure to appear at a hearing custody terminates a father’s rights without his knowledge. If the father show up for the hearing, the legal criteria for terminating his rights can be affected.

This is whether he has a custodial relationship with the child or has supplied support or care for the mother or child. In order to proceed, The father must be unsuitable in supporting his child. For instance, if the father had abandoned the child.

The court may require a sufficient documentation of the child’s life. A case of adopting a stepchild with absent father can progress into a more difficult scenario. For instance, the legal father has credible evidence of caring for the child.

Adopting a stepchild with an absent father will be more challenging because the father was still active in the child’s life. Parental rights’ termination is a significant matter. The judge won’t take this choice lightly. You need to seek legal advice for the best outcome of your case.

Importance Of Hiring A Solicitor For Adoption Purposes

Adoption is for life. The biological father can never become the legal father of the kid if the judge authorises the adoption. He will never have custody or parenting time rights, nor will he be responsible for the child’s upkeep or child support.

Should a father defend his child from getting adopted, our solicitors are more than ready to represent you in court to defend your adoption cases.