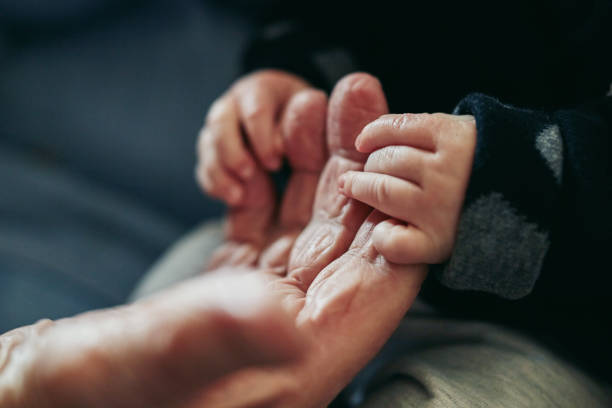 Australian family law recognises grandparents as people with whom the children should have a relationship with. However, neither do grandparents nor do parents have any automatic right to spend time with, or communicate with the child.

The Family Law Act, explicitly mentions grandparents as relatives who can apply for court orders in relation to children.

In this article, we will explore various concepts related to grandparents rights in Western Australia in detail.

What Are Grandparents Rights In Western Australia?

Grandparents play an influential role in children’s lives. However, in separation and divorce cases, quite often grandparents feel neglected. It becomes hard for them to maintain contact with their grandchildren.

This is natural because the stress of the breakdown of relationship can affect everyone. Moreover, each party involved in the divorce or separation has to take care of various other legal procedures. These include complex matters like property settlement, and parenting plans.

Instead, Courts and the legislation place all focus on the rights of the children. The Family Law Act (1975), however, does specifically mention grandparents as people who are concerned about the care, welfare and development of the child.

Section 60B of the Family Law Act states that:

Point 2(b) of this section explicitly mentions grandparents, and other relatives as people who are concerned with the development and care of the child. This means that grandparents have some provisions and rights under the Act.

Grandparents have the right to take actions in order to claim custody or visitation rights. The Family Law Act makes provisions for grandparents who wish to claim custody, in case they are concerned about the welfare of the child.

Much like the options available to parents, grandparents can seek parenting orders from family courts in relation to their grandchildren.

Many a times, grandparents consider applying for parenting orders when they are concerned for the safety of their grandchildren. This happens in cases where the child is at risk of being harmed because of physical or psychological abuse.

Depending on the circumstances of the case, the court can grant child custody and parental responsibility to the grandparents. However, as always, the family court will consider the best interests of the child as outlined in Section 60CC of the Act.

I Am A Grandparent: Can My Rights Be Denied?

When discussing grandparents rights in Western Australia, this is one of the main concerns that grandparents have.

Depending on the parents, if they have had a contested divorce or separation, they can deny grandparents their rights to visit their grandchildren.

In other cases, the stress of the situation creates further gaps between grandparents and their grandchildren as everyone is caught up in other legal affairs. This in turn greatly affects grandparents.

Primarily, there are two approaches that grandparents can take in such situations. While they are allowed to go to court and make an application, it is always preferable to first try and resolve the conflict through family dispute resolution.

In fact, Australian family law promotes the resolution of conflicts through mediation before taking steps to approach family courts.

During dispute resolution, each party can present their points and try and reach mutual agreements that will benefit everyone – especially the children.

If it is impossible to come up mutual agreements, the grandparents will need to make court applications (such as to the Family Court of Western Australia). Following this, the court will make orders by considering the best interests of the child.

Why Do Grandparents Need A Family Lawyer?

It is not uncommon for grandparents to be neglected during divorce or separation proceedings. They are also affected by the breakdown of a relationship as the future with their grandchildren becomes very uncertain.

But the law recognises the importance of grandparents in the children’s life, and therefore, provides opportunities for them to realise their rights.

At JB Solicitors, our family lawyers have dealt with many cases to help grandparents with their rights to visit grandchildren. We understand the importance of the unique relationship that grandparents and grandchildren share.

We are passionate about using our legal expertise to ensure that these relationships are protected, despite unfortunate circumstances like a divorce or separation in the family.

For more information, do not hesitate to contact our friendly team of family solicitors. You can call our office on 1300 287 911.

Or, send us a message and our lawyers will be in touch with you shortly.