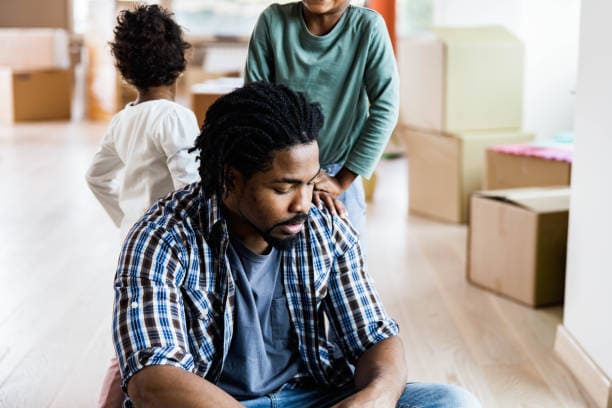 The case of Luo & Bassett (2022) FedCFamC1F 178, is a recent example of relocation cases in family law. JB Solicitors were representing a client in this matter.

In this case, the mother wished to relocate to Melbourne (from Sydney) with the child. The father lives in Sydney, and he wanted orders for equal parenting responsibility. Moreover, he sought orders requiring the child to remain in Sydney.

Some highlights from the case:

What was the final judgement? Considering many facts from the case, and ultimately giving importance to the best interests of the child, the Court then made the following orders:

Thereafter, when the child moves to Melbourne with the mother, the child is to divide time between both parents. The child will spend certain number of weekends with the father in Sydney. The mother will be responsible for the child’s travel costs to and from Sydney.

If the father must travel to Melbourne, he will bear his own travel costs. The detailed judgement regarding holiday arrangements, and changeovers can be found here. Ultimately, we see that in this case, the child’s right to have a meaningful relationship with both parents is given utmost importance.

Relocation cases family law are situations in which a guardian or parent alters a child’s living conditions. Adults should have the freedom to relocate, travel, and live in different states and territories if they’re capable. However, adults who move with children might affect the other parent’s opportunities to spend time with the children. This is the case if there is equal shared parental responsibility between parents.

According to Section 65DAA of the Family Law Act 1975, children should be able to spend equal and substantial time with each of their parents. Parents or parties who have disputes regarding relocation cases in family law should still try to resolve this issue. However, people wanting to relocate with a child should detail the child’s living arrangements in a parenting plan.

Parenting plans are arrangements that parents can make on their own without the court’s involvement. On the other hand, court orders and parenting orders are legally binding orders that can also dictate a child’s living arrangements. This article will discuss relocation cases in family law.

As with all family law matters, the court considers the child’s best interests in relocation cases in family law. Adults can still use relocation orders if they want to move for financial or family support reasons. Courts will allow relocation as long as the parent will have better or additional family support.

Moreover, courts will also allow relocation as long as the new environment supports the child’s religion and culture. The moving parent will also need to see if the parent has better job opportunities in the proposed location. Hence, moving parents must prove that they can find a job that will support the needs of the child.

Courts will also look if children have limited time with the parent staying in the current location. Parents may also move away with a child if there is a history of family violence or neglect from the other parent. Courts may then approve the relocation and allow the violent parent to have less frequent contact with the child.

The case of MRR v GR [2010] is a good example of relocation cases in family law. Not all courts approve initial applications because of a lack of compelling reasons and this was the case for the mother. The mother wanted to live in Sydney with her child after separating from her husband.

However,  the father proposed to have shared parental responsibility for the child in Mount Isa. As a result, the initial judge approved this proposal as the father argued that this is what’s best for their child. Moreover, the family consultant also supported this proposal to prevent distance issues between the parents.

The High Court reviewed this judgement which considered the mother’s circumstances. They also looked at whether the mother’s relocation to Sydney gave the best outcome for the child. Unfortunately, the mother was forced to reside in a trailer park in Mount Isa due to a lack of career possibilities.

She supported herself with casual work and Centrelink benefits which resulted in her becoming enraged and unhappy. Back in Sydney, the mother had more opportunities with flexible hours which gave her more access to family support.

As a result, the mother’s second application for her relocation orders was successful. The High Court then permitted her to return to Sydney with her child. While this may be difficult for the father, the relocation would benefit the child’s best interests as the mother had better opportunities in Sydney that would allow her to support the child.

One of the best ways of preventing relocation cases in family law is lodging an agreement regarding parenting with your former spouse. Truly, parents may agree about a child’s living conditions in a parenting plan even after separation and divorce.

A parent must have compelling evidence and solid reasons for the child’s relocation. If required, parents can oppose relocation orders by providing counter-arguments with the help of a family lawyer. People who want to prevent relocation cases in family law can:

Travelling in The Future

People agreeing to travel with the child overseas in the future must petition the Court. This will require the person to remove the child’s name from the Airport Watch List.

If not removed, neither the child nor any companions they may have will have permission to travel. The AFP won’t also remove the child’s name off the list without a court order.

It’s not easy to understand relocation cases in family law. Hence, family lawyers can explain this matter in simpler terms for concerned parties. Whatever the type of case, it’s important to seek legal advice from professional lawyers like JB Solicitors. Our team of experienced solicitors can assist people to locate their children and draft appropriate orders.

We can also help defend your rights and arrange the best setup when tackling relocation cases. Parties who also want to come to an amicable agreement can opt for our mediation services. This method can help disputed parties come to an arrangement that suits both of their needs.

Contact us today for any concerns about relocation cases in family law.